This article looks at the core features of blockchain technology, the various applications of blockchain in healthcare, and the challenges that need to be overcome.From relative obscurity to mass popularity, blockchain technology has come a long way since it was first described in a research paper by Stuart Haber and W. Scott Stornetta.A large share of the credit for this goes to the world’s first and most famous cryptocurrency, Bitcoin.In recent years, even as the interest in Bitcoin somewhat wanes, the interest in Blockchain has picked up tremendously. Several industries are undertaking research and development in this field. While the Banking and Financial Services industry is a trailblazer in this field, others are also catching up.Healthcare is one such industry. As per an IBM report, 16% of healthcare respondents expected to have a commercial healthcare application for blockchains 2017. A more recent report by PwC stated that 49% of the 74 global healthcare companies it contacted are developing, piloting or implementing blockchain targets.Given the scale of adoption and its potential to disrupt, it is high time that those healthcare firms that have not yet explored blockchain tech to start researching it soon. In this article, we’ll discuss various potential use cases of this technology for various stakeholders in the healthcare industry.

The Basics of Blockchain

A blockchain is a record of information, called a ledger, that is distributed across many different devices instead of being stored at a single, central point. All the users on a blockchain network, known as “nodes” have copies of this ledger.Information is added to this ledger in the form of blocks. Each block consists of a large set of individual information (in the case of Bitcoin, these are individual transactions). This block is then encrypted using an algorithm called a “hashing function.” This function generates a unique fingerprint for the block, called a “hash”.It is then shared with the blockchain network for validation. If a consensus is reached about the validity of the block, it is added to the chain.In order to maintain the sequence of data, each block contains the hash of the previous block, thus creating the chain.

The major features of blockchains are:Consistency – each node on the blockchain possesses the exact same copy of the data Transparency – it is easy to track changes being made to the information on the blockchain Decentralization – information is distributed across a wider network instead of being centralized Immutability – it is extremely difficult to edit information already added to the chain Security – encryption and access-control features ensure that users can control who has access to their data Consensus – information can only be added if a majority of nodes verify it, reducing the risk of adding incorrect/invalid information Smart contracts – they offer the capability to automatically carry out actions if certain conditions are met

Joseph Nordlinger is the President of the Analysts which includes Central, Mountain and Pacific Time Zones. He provides organizational leadership to the sales and delivery functions of Analysts with a focus on aligning the service architecture of Ascent and Analysts to ensure our clients benefit from the combined strengths of both companies under the Analysts name.

With almost 20 years in the talent services industry, he brings operational leadership in the areas of technology, life sciences, payroll services/IC compliance, contingent workforce management, project and portfolio management and data management. Joseph led the Ascent Services Group as the President and CEO since 2006. With the acquisition Joseph recently joined ACS. He led his company with a firm belief in the power of human networks to achieve incredible results. In this spirit, he continues to develop exceptionally talented and committed leaders in order to deliver unique and innovative human services solutions for our clients. Joseph’s previous experience includes work for Cap Gemini Ernst and Young.

Joseph founded and leads two of the fastest growing professional associations for PMO and Contingent Workforce leaders (Project Portfolio Management Professionals and Contingent Workforce Professionals) with nearly 15,000 combined members. Joseph is an alumnus of Thunderbird School of Global Management, as a candidate for a Master of Business Administration in 2000. He also has a Bachelor of Arts in International Political Economics from the University of California, San Diego. Joseph is an active duty Volunteer Firefighter in Napa CA and is the President of the Mt Veeder Fire Safe Council and Vice President of Napa Firewise. 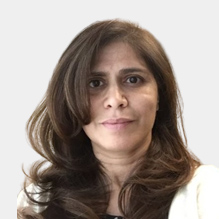 As Group Vice President for Analysts, Ruby is responsible for leading and growing talent services, professional, and managed IT Services across National Strategic Clients. She is responsible for strategic client identification, development, overall sales, delivery and consultant care within strategic accounts.

As a professional with more than 25 years of experience in IT consulting, Ruby started her career with American Cybersystems Inc. in 2001. Beginning as a Sales Executive, she moved up the value chain by assuming various roles and responsibilities in sales, strategic initiatives, and recruiting. At ACS, she has led several of the high growth accounts within telecom, financial services, and life sciences verticals. Prior to ACS, she worked for India’s leading system integrators, HCL and NIIT, selling IT hardware and software solutions to clients. Additionally, she has an excellent track record of building and leading diverse national sales teams.

Ruby has a BS in Chemistry and a MBA from Goizueta Business School of Emory University. She is a member of the Executive women of Goizueta in Business Development and Strategy. She is an avid reader of business journals and participates in events related to technology and diversity. 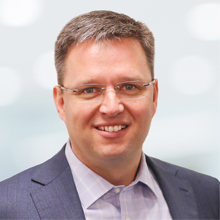 Paul Cmiel is a Group Vice President at Analysts and leads a team of sales directors located throughout the United States. He works closely with delivery professionals to ensure project success for our clients. The sales team is responsible for collaborating with clients to create customized, innovative solutions that focus on solving business challenges and delivering the highest quality outcomes.

Prior to joining Analysts in 2012, Paul was the Senior Director of a Global Healthcare Sales and Marketing organization within the IT consulting industry. In this role, he was responsible for working with sales and marketing teams to promote and drive new business in the healthcare market on both a national and global level.

Paul has more than 21 years of experience developing and marketing business and technical solutions. He is highly skilled in delivering solutions tied to client strategic initiatives and resulting in strong ROI. Paul holds a Bachelor of Science degree in Business Administration and Marketing from the University of
Wisconsin-La Crosse. 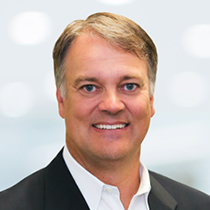 Jeff Hoekstra is responsible for the development and delivery of the company’s differentiated business offerings, with a focus on Digital Transformation solutions.

Jeff is a business development executive with more than 20 years of experience in business entrepreneurship, IT consulting, and software products and services development. Before joining the Analysts team in 2012, Jeff held a variety of Senior Account Executive positions where he identified, developed, and managed strategic relationships and provided direction and support to CIOs and senior IT executives. Jeff was also the founder and managing partner of several consulting firms, where he focused on business strategy development, market analysis, go-to-market strategy, and rapid application software development resources for small businesses and start-up organizations.

Jeff is a highly motivated strategic leader and results-driven professional with a broad business history in both domestic and global business-to-business environments. Jeff holds a Bachelor of Arts degree from the University of St. Thomas, with post-graduate work at Ohio University. 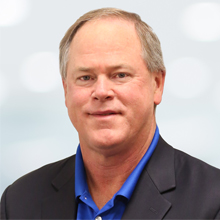 Tim Atkinson is responsible for the development and management of Analysts’ business and technology consulting and staffing services. He oversees client relations and market development, service delivery, H/R, recruiting, and business operations.

Tim has more than 30 years of experience in management and technology consulting, selling to and consulting across industry and business functions. Prior to joining Analysts (ACS Solutions), Tim was a Regional Vice President who delivered technology-enabled business results to commercial and public sector clients across the Mid-Atlantic area.

Tim has worked with some of the largest consulting firms in the world. He has a solid track record of well-managed growth, implementing innovative client solutions and market offerings, and building and developing high-performing teams.

Tim holds a Bachelor of Science degree in Economics and an MBA, both from the University of South Carolina. He is a former board member of the Greater Washington Board of Trade and the Fairfax County Chamber of Commerce. He is a member of the Northern Virginia Technology Council, the North American Telecommunications Association, and the U.S. Chamber
of Commerce. 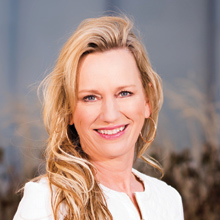 As Group Vice President for Analysts, Michelle is responsible for strategic client development and operational delivery management of Analysts Life Sciences division. Her role includes defining service solutions for clients within the domains of: Clinical, Regulatory, Bio-Informatics, Quality, Manufacturing, and Pharmacovigilance.  Michelle leads the identification and implementation of strategic sales initiatives and the optimization of the Life Sciences recruiting and delivery model.

Michelle has over 27 years of industry experience in leadership roles around Technology, Engineering, Life Sciences and Workforce Management.  She joined Ascent in 2006 and as a key member of the executive team, contributed to the rapid growth and success as it became an award-winning and nationally recognized human services firm in the top 1% of the industry.  Prior to her tenure with Ascent, Michelle led key verticals for Management Alliance Group.  During her 16 years with Management Alliance Group, she built and directed sales teams, recruiting teams and multiple branch offices that delivered staffing and direct hire search services to small, medium and Fortune 500 companies.

Michelle holds a Bachelor’s degree in Business Administration & Marketing from the University of South Florida.  Michelle is a member of the Denver area Women in Technology group in addition to membership with the Regulatory Affairs Society, Society Clinical Data Management, Association of Clinical Research Professionals, Society of Clinical Trials, American Association of Pharmaceutical Scientists and International Society of Pharmacovigilance, LS Professional Associations.  Her industry knowledge and interests span across all areas of talent delivery including consulting, sales, recruiting, staff management and augmentation, program management and executive search.